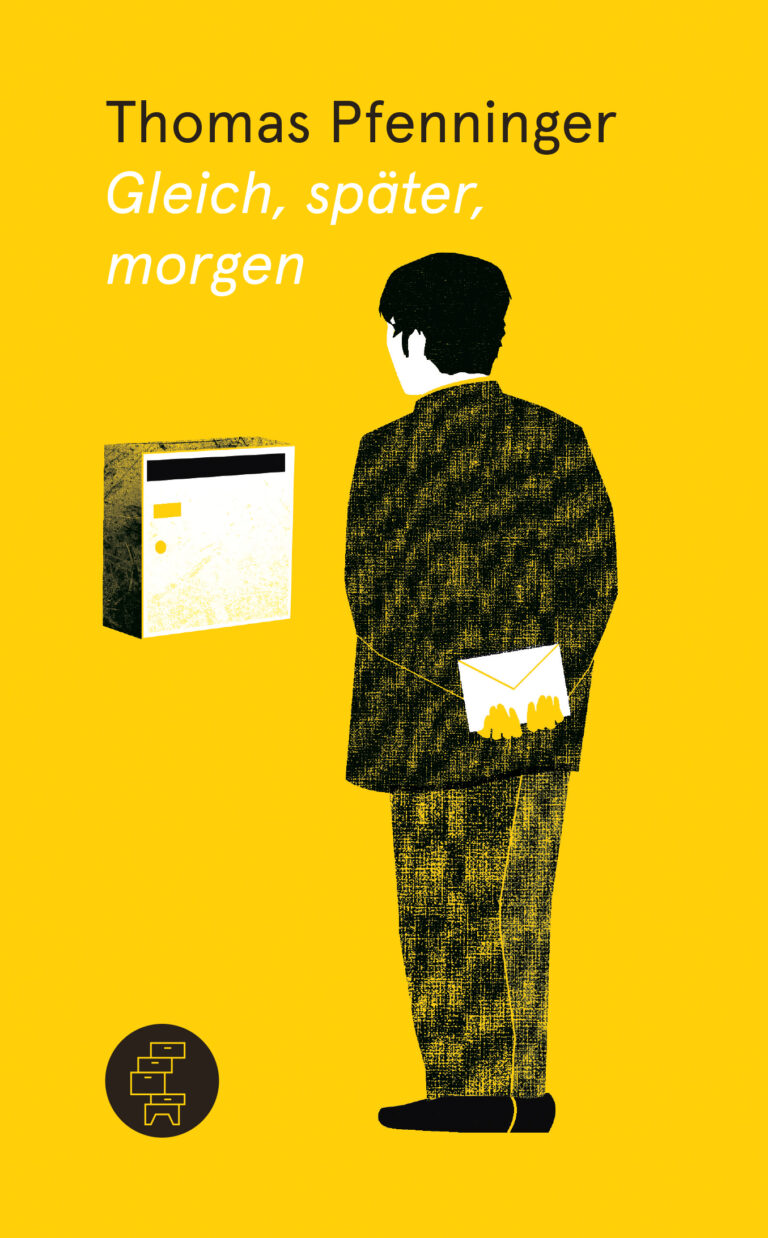 Every day, a postman traces his route through a neighbourhood containing a housing complex little different from so many others in this world. He makes his rounds in sun, snow and rain. Day in and day out, he attempts to be a good postman. And a good person – one who cares about his fellow human beings. In his role as bringer of both good and bad news, he becomes privy to secrets and develops the desire to help out the residents of the housing complex. Most of all, however, he would like to get closer to Lauriane. He sees her every day when he delivers the mail, but only through the window of her flat.

The more the postman empathises with the people in the neighbourhood, the more they seem to belong to him. He becomes increasingly involved in the stories of the individual residents, and by the time he notices that it is all getting too much for him, it is already too late to make an easy exit.
Thomas Pfenninger