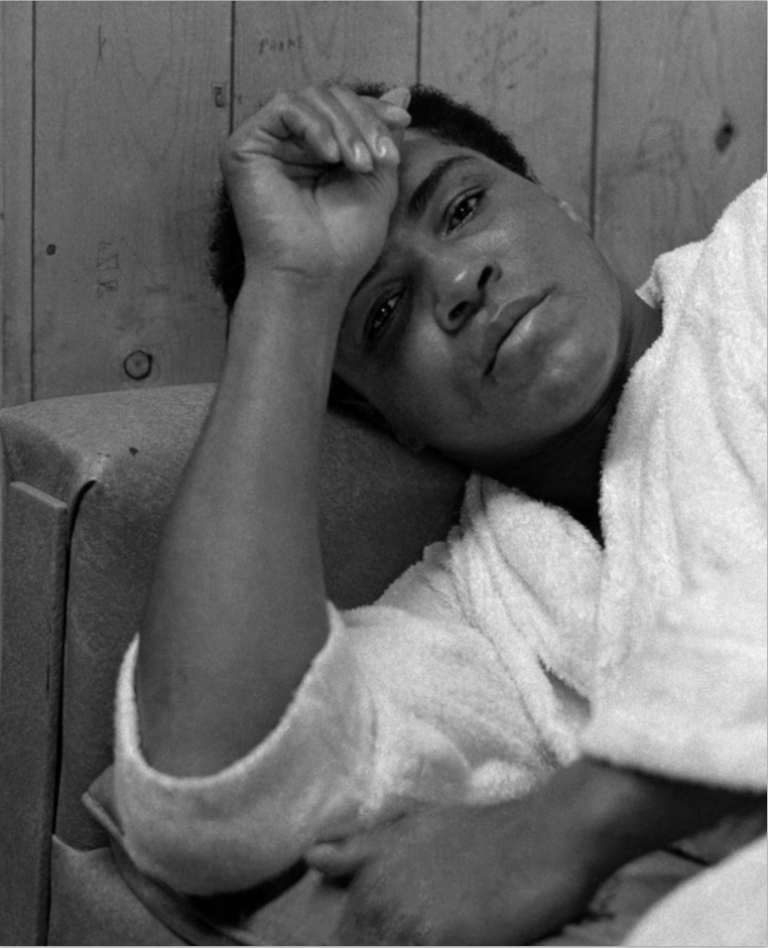 In 1973 the as yet little-known photojournalist Jan W. Faul was sent to Pennsylvania by his employer, Time magazine, to photograph Muhammad Ali. A Day with The Greatest is a photo reportage consisting of 60 till-now unpublished shots of the world-famous athlete in his training camp.

The pictures win us over due to the uncontrived closeness which arose between the great athlete and the young photojournalist. Faul was on this 27th of October, 1973, just 27 years old and still little known. Ali, on the other hand, was a star. And yet Ali met the photographer as an equal; they chatted in a relaxed way about politics and travel rather than boxing. This “everyday” quality makes these photos very special.
In his 45-year career Faul was privileged to photograph the most diverse personalities, from miners to politicians and even including the Dalai Lama. And still these images of Muhammad Ali are among his favourite photos.

A Day with The Greatest